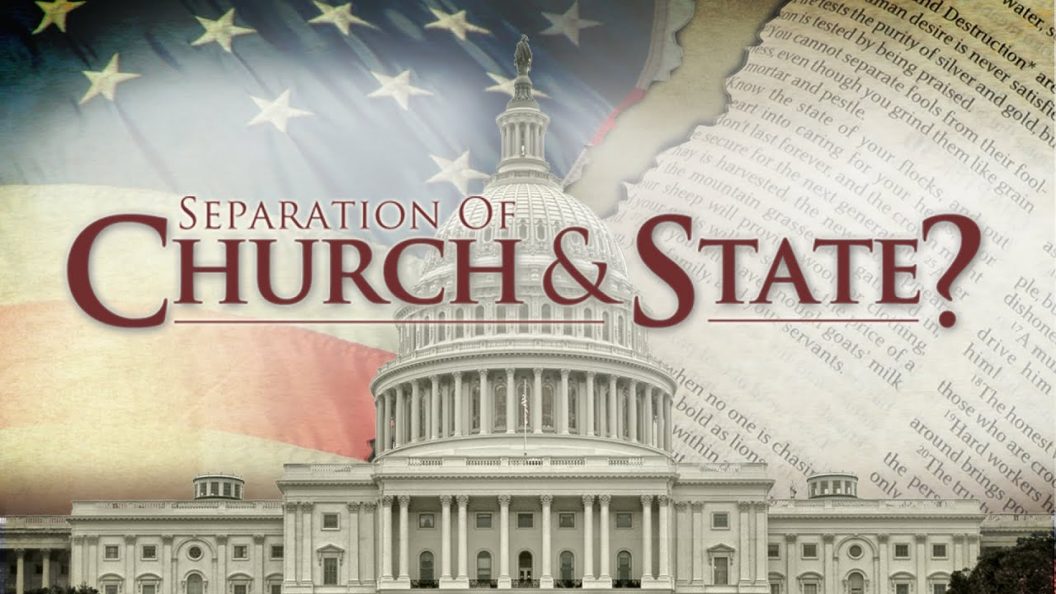 Why is this important to us today? The culture that develops and the philosophy of a people are derived from the predominant religion and are reflected in their way of life. When people are programmed to look outside themselves, to government or other countries as their source for all good things or to a god somehow outside themselves, they cannot see the source of power, which is within. They are looking for an exterior force that they can rely on to provide benefits for which they are perfectly capable of providing for themselves. They are, in fact, limiting their access to God and to all the benefits that are available to man in abundance.

What is the basis of this wrong thought? It is that man of himself is lost and helpless; that man can do nothing. He can neither find his way nor achieve any form of transformation without an outside power; that for man to achieve transformation, evolution and soul growth, he is dependent on sacrifice. Someone had to sacrifice himself for man! The Christian ideology is that no less than the Son of God had to sacrifice himself for man. Instead of individual responsibility – self-sufficiency – individual action based upon the presence of God in man being the guiding principle, the model of sacrifice has reigned supreme.

This was neither the philosophy of Jesus nor what he taught. One need only read the parables of Jesus to know the exalting of sacrifice to supreme levels was a development of those who came after him. To some degree it was due to the absorption of pagan traditions into the Church, however, the glorification of “self-sacrifice” was planted by Pauline doctrines. The Apostles never fully understood the mysteries Jesus had revealed to them, and Paul simply was not there. The glorification of self-sacrifice is a concept that has taken root in the Islamic struggle, and the horror of it is reported daily.

The parables of the “kingdom” in Matthew 13:44 illustrate that to find the “kingdom” one has to search – find – and act. The parable of the “talents” in Matthew 25:14 illustrates self- reliance on the part of those who were endowed with varying quantities of talents. The one whose philosophy was based in fear and who failed to act, relying only on the mercy of the Master, was the one who faced a bleak future. Even those who successfully doubled the Masters money were not rewarded with a free ride. They were given even more responsibility. The reward for success is greater challenge because only in this philosophy lies the evolution and unfoldment of mankind. This unfoldment is accomplished individually, however, and is not a mass evolutionary process by osmosis somehow accomplished by an artificial division of ages preordained by God.

From the Bible and most of the world’s religions it is understood that God is omnipresent, omniscient and omnipotent – that is, present everywhere, all knowing, and all-powerful. If this is so, we must know that God is everywhere including within us and that we have access to this power.

There are numerous problems including racism, poverty and class struggle that are still evident in society. Political philosophy, with the resulting tug of war between power groups has been a constant feature. This is the results of accepting patterns of thought adopted from a mixture of philosophies, religious dogma and indigenous thought. It was a philosophy fostered by the Church that has played a key roll in history.

The answers to the seemingly intractable problems do not lie outside of man. It is the philosophy that someone else, the government, a foreign power or the Church has to do something for me, that is at the root of the problem. Even the philosophy that God or Jesus has got to do something for me is only a facet of the same problem. Not only did the Church originate the problems by patterning its actions and philosophy on the Old Testament warrior god Yahweh, but it developed a doctrine upon which wrong thought has fed and developed a world of victims and dependents.

Religion has always been a political force. Even when we go back to its roots we find a birthing process in the midst of a complex political scene. The teachings of Jesus had a political impact. Though Jesus said he had not come to destroy the Law of Moses, he was recognized as a threat by both the Jewish and Roman establishment. The Romans controlled the kingdoms that were Israel and Judah but the old Law of Moses was a theocracy. When Jesus talked about the law or suggested a variation he was not only attacking religious philosophy but their political philosophy as well. There is no way to divorce religion from politics in a theocracy and it is very difficult even in our society. The bottom line is – allowing oneself to be dependent on the system, the state or the Church, does not work. Any such philosophy leads to dependency and eventually victimization.